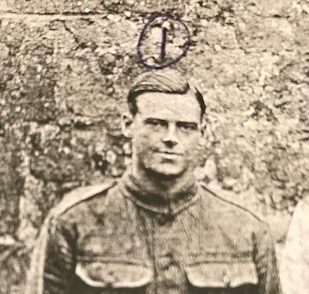 Surname: Williams
Other names: Reginald Charles
Other people in this story: Albert WilliamsEmily Charlotte Williams née HiscockMuriel Louise Williams née GutsellPercy Williams
Locations in this story: Cann, Shaftesbury, DorsetSalisbury, WiltshireTanyard Lane, St. James, ShaftesburyHigh Street, Shaftesbury
Story: Reginald Charles Williams was born in Shaftesbury, Dorset, on 4th April 1894 and baptised at St. Rumbold's Church, Cann, Shaftesbury, on 18th July 1894, the son of Albert Williams and Emily Charlotte Williams (née Hiscock).  He lived his early life at the family home in Tanyard Lane, Shaftesbury.  He enlisted with the 9th Battalion of the London Rifles as a Private (Service Nos. 5015 & 391856).  It is not known in which theatre of war he served but on his discharge was awarded the Victory and British War medals.   He married Muriel Louise Gutsell in Shaftesbury in 1920.  By the time of the 1939 Register he was living at 29A High Street, Shaftesbury, Dorset, and was working as a Builder.   His death was recorded at the Salisbury, Wiltshire, Registry on 30th June 1968.   His brother, Percy Williams, also served in the conflict.
Images:
Links to related web content / sources: Percy WilliamsThe National Archives