For hundreds of years, Shaftesbury has been the hub for roads across the south-west, with roads going westwards from London to Exeter and south and northwards to and from the coast.

Roads at the beginning of the 20th century were often poorly surfaced, with crushed greensand and flint as the main road-making and mending materials. Stones were placed in heaps alongside roads and men were paid to break them up into the correct size.
In summer the roads were sprayed with water to keep down the dust, and in winter men were paid to scrape off the mud with hand scrapers.
Tarmacadam was introduced with the advent of petrol and diesel powered motor transport from 1895, and roads had been tarred to facilitate rubber tyres. However this was an expensive business, and Shaftesbury Town Council was not able to afford the surfacing which it acknowledged was urgently needed. 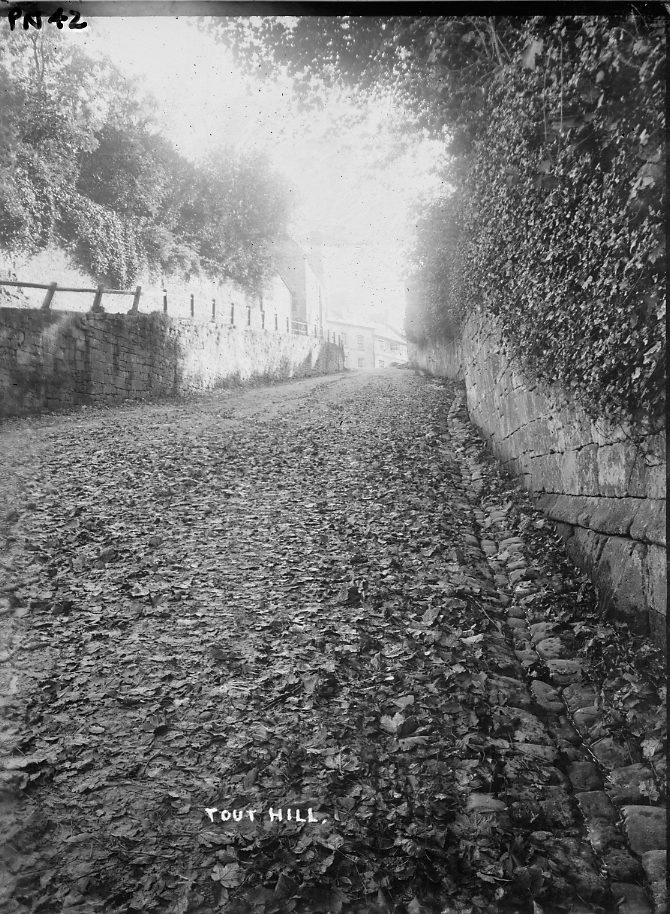 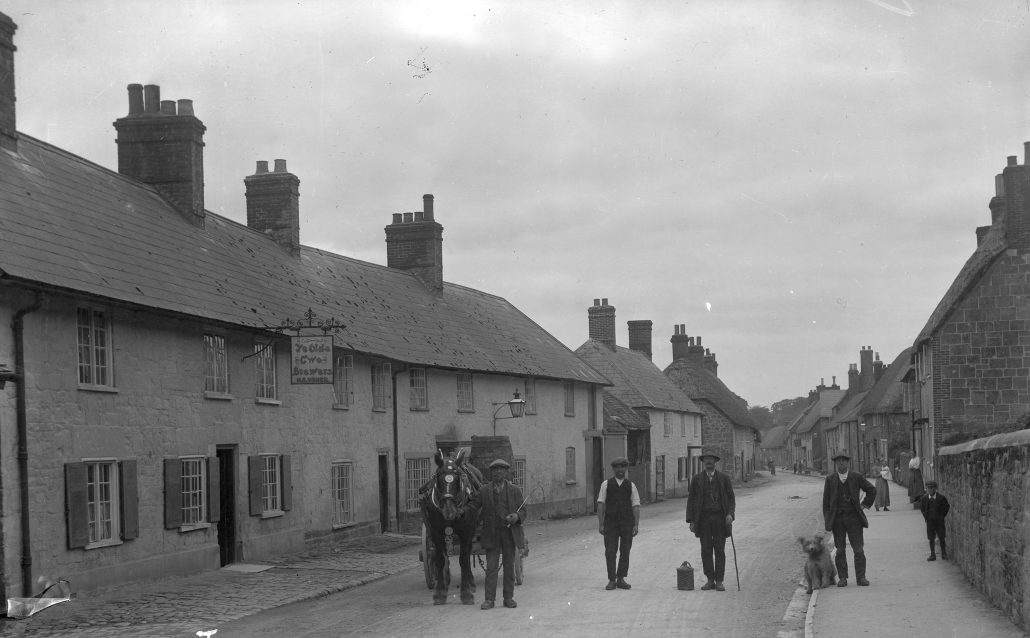 Two Brewers and men with cart

Vehicles and their manufacture and repair

There was still a large predominance of horse-drawn traffic during the first quarter of the 20th century. Shaftesbury Cattle Market Day was on Saturdays, and often there would be a hundred horse-drawn vehicles at the market.

Many people owned horse-drawn vehicles, such as traps and dog carts, and they could also be hired out.

The Farris engineering company in Victoria Street had long been making steam driven tractors and rollers. They opened Shaftesbury’s first garage for internal combustion vehicles. Other garages quickly appeared in the town, often as businesses converted from dealing with horse-drawn vehicles to motorised transport. Short’s Carriage business stood on the site of the current post office on the corner of Angel Square.

The first cars in Shaftesbury belonged to professional men, such as Dr Walker of Castle Hill House and John Kingsley Rutter, who owned a Benz. The maximum speed of the Benz was 20 mph, which was just as well, as its braking system was not very effective. Cars were soon followed by motorbikes, and the need for better road surfaces became a priority.

By 1914 in the High Street and Salisbury Street there were five garages and three bicycle workshops to meet popular demand. In local villages the garage trade fell to the blacksmith but petrol pumps were scarce and most cars carried fuel cans on running boards and spare tyres, initially solid but later pneumatic. 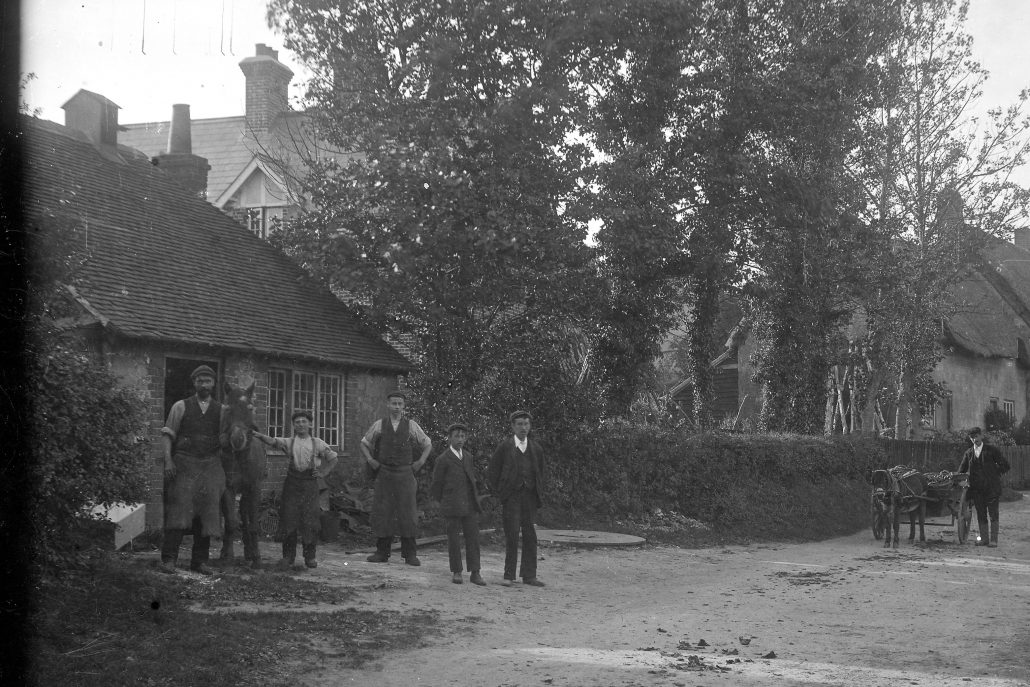 In 1913 bicycles first went into mass production, and quickly became very popular in Shaftesbury. The Grosvenor Cycle shop in Salisbury Street offered repairs and accommodation to touring cyclists; women also took up cycling, adjusting their clothing to make it easier and safer astride a bike. 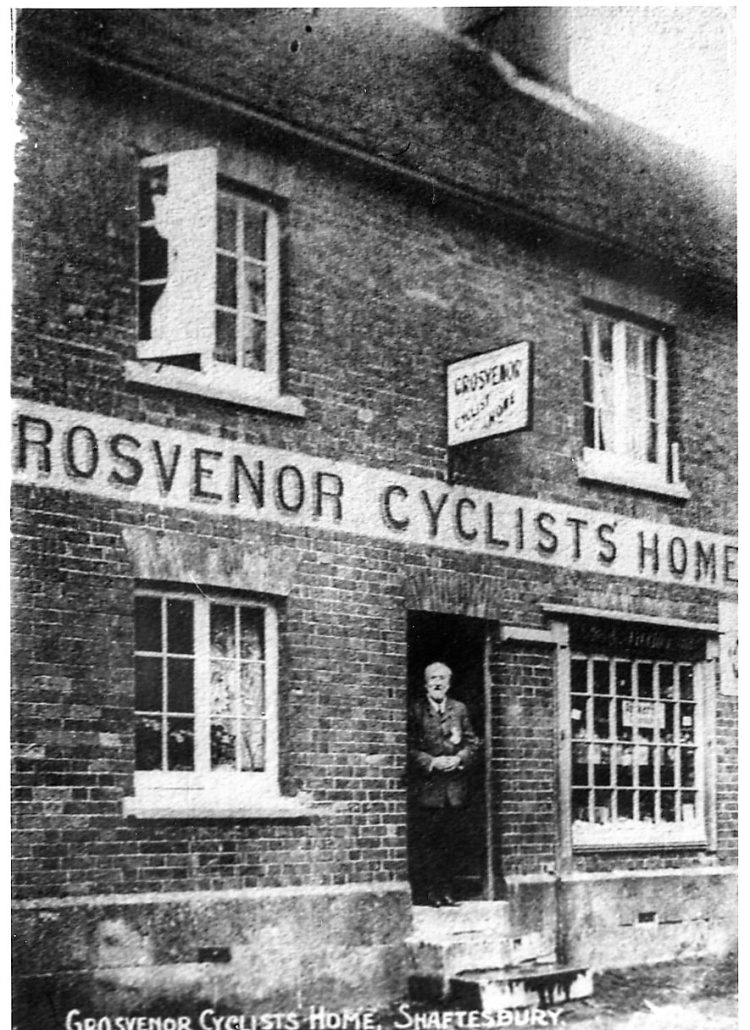 The change from horse to engine powered transport was not always welcomed.

Around 1918 a wealthy local landowner bought a car in London. On return by train he told his waiting coachman that their horses were now ‘out’ and that he was to become a chauffeur.
“Certainly not sir, horses are my life!” replied the coachman.
Furious arguments followed but the coachman stuck to his guns. Soon he was sacked and lost his tied flat above the stables. His 12 year-old daughter was taken out of school to become the family breadwinner and scrub the kitchen flagstones under the beady eyes of cook. The daughter was still living in the 1990s , by now a long-term sufferer of housemaid’s knee. 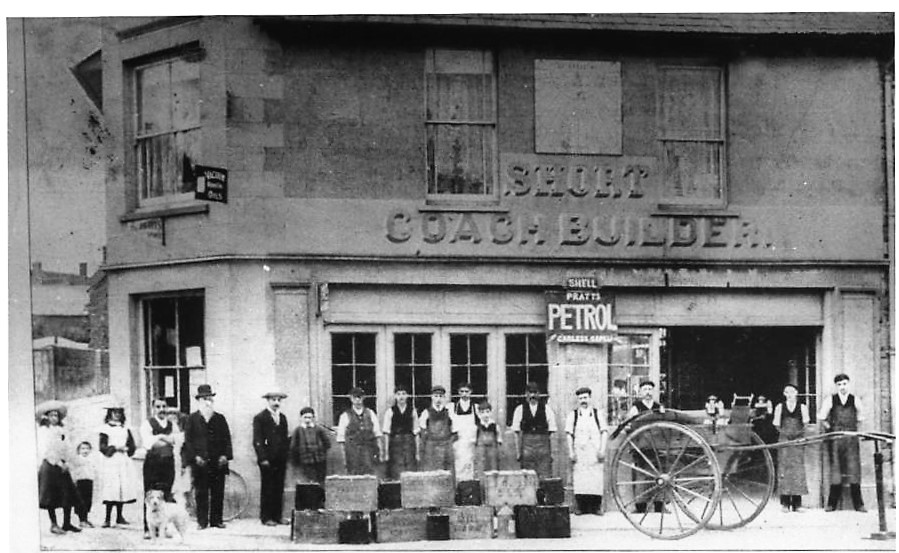 The Commons with the Semley omnibus outside the Grosvenor Hotel

At this time there was also a bus service from the Grosvenor Hotel to Semley station eight times a day. The service was rather slow, and it took as much time to go by bus as to walk the two and a half miles to the station down Semley Hollow. However the bus was very useful for carting goods or heavy luggage.

The town’s GPO was in what is now the HSBC bank at the Commons and it was from here that train tickets were sold. Semley Station was an important departure point for dairy produce as well as passengers, and fresh milk was poured into large tanks in railway trucks and speedily dispatched to London, at a time when there was no refrigeration.

By 1920 a charabanc service ran on Tuesdays to Salisbury and on Thursdays to Blandford. 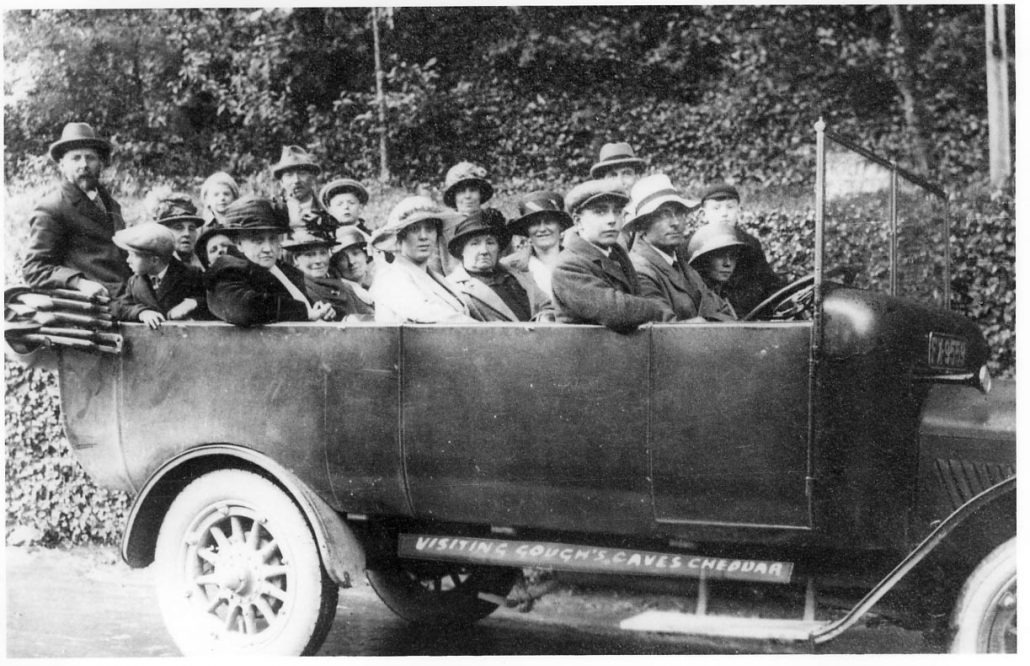 Hill climbing time trials with motor cycles and sports cars was a popular post-war activity. There was a course up Spread Eagle Hill, and for motor bikes from Cann Common up the gully of the Old Saxon road just to the south of Zigzag hill. The latter was very difficult in the mud after heavy rain. From Compton Abbas there was a route for sports cars to the summit of Melbury Hill. Malcolm Campbell was a regular competitor, and he always stayed overnight at the Barnes farmhouse. The winning prize was usually six teaspoons bought as a job lot. In the 1980s Miss Barnes lived in Butts Mead flats and proudly displayed dozens of teaspoons passed on to her by Malcolm Campbell, who went on to greater things in Bluebird with a world speed record and a knighthood. 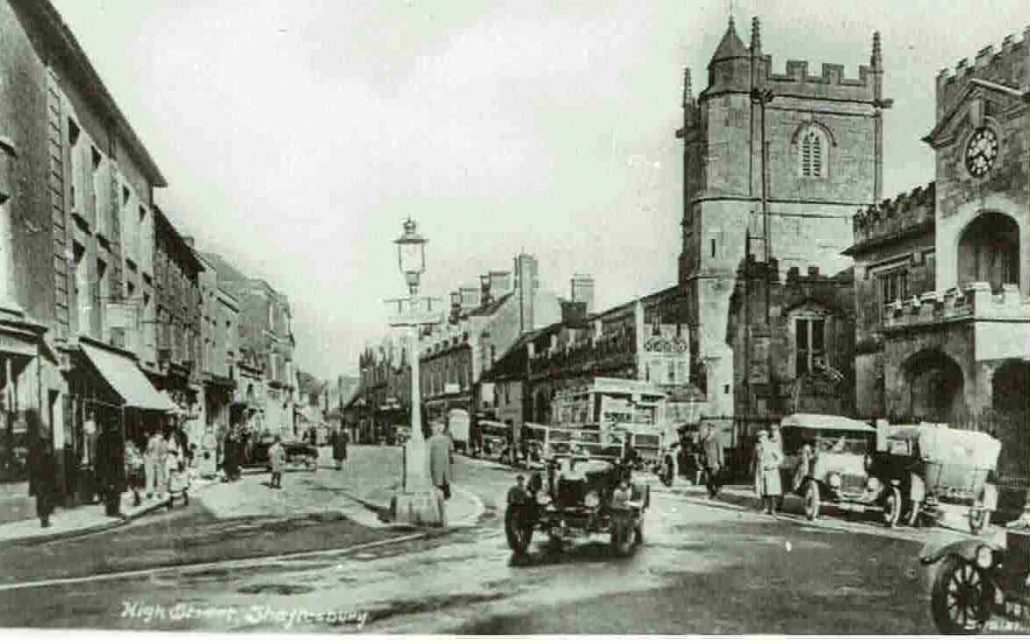