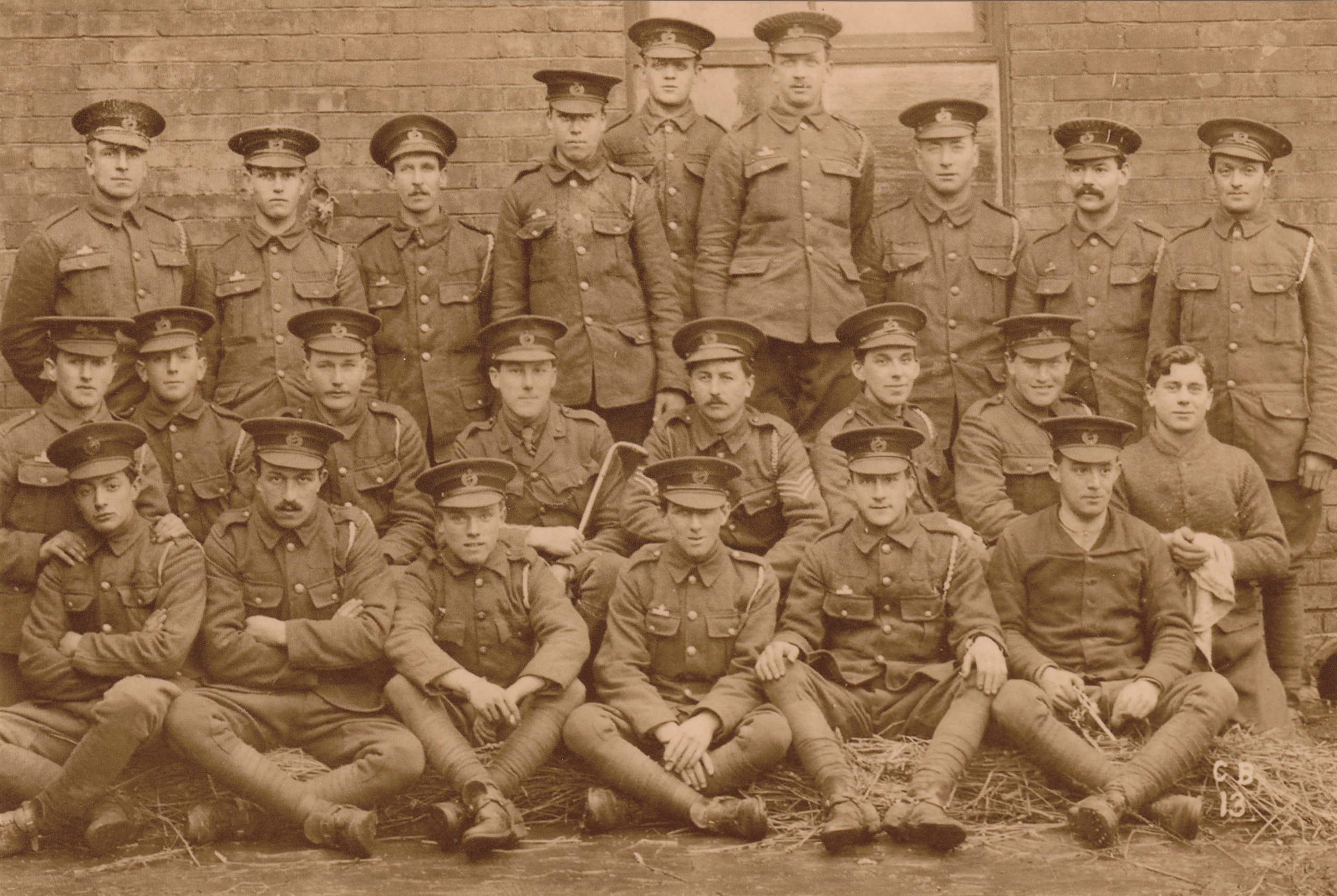 James enlisted on the 20th December 1905 and joined the Dorset (Queen's Own) Yeomanry Reserves until the 22nd April 1908 when he enlisted further with the Territorial Battalion of the same regiment (Service No. 214), attending annual training camps.  He married Daisy Brine on 21st October 1913 at St. James Church, Shaftesbury, Dorset, and they went on to have five children.  James was embodied at the outbreak of war on 5th Aug 1914 (Service No. 927) and served throughout his time in the UK.  He was promoted to the rank of Corporal and then to Acting Sergeant but had to be released on a number of occasions during 1915 to assist on the farm back at home.  He eventually opted to take a release from the Army as he had already completed the terms of his engagement and was discharged on 22nd April 1916. The 1939 Register shows him living at Whitings Farm, Melbury Abbas, Shaftesbury, Dorset, and described as a Dairy Farmer.  He died in Shaftesbury on 13th May 1964.